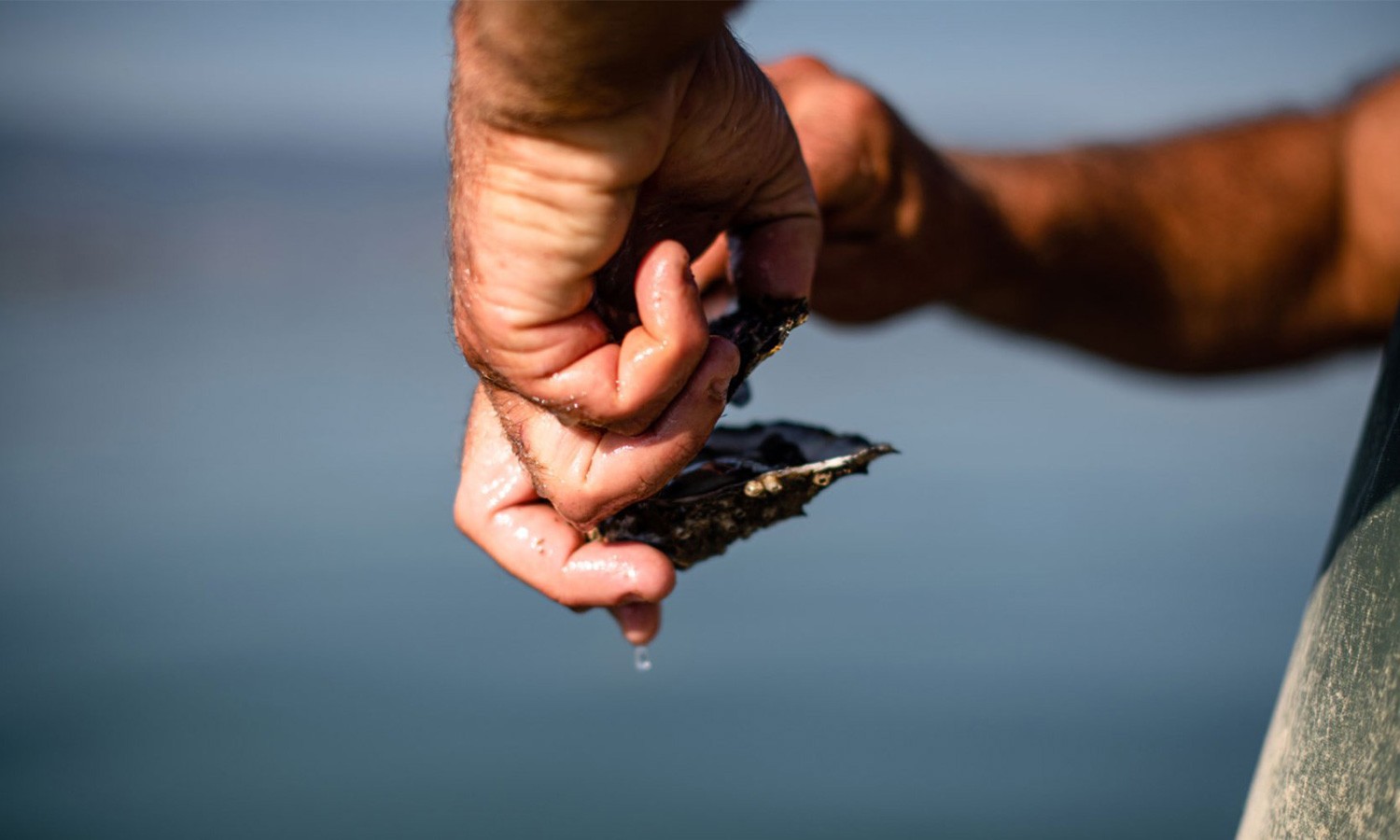 Near the altar of Our Lady of Perpetual Help, on the left wall of the cave of the Gargano Sanctuary of St Michael, a gate closes off a cavity called the 'Cava delle pietre votive'. According to the words and promises made by St Michael during his fourth and final apparition in 1656, it was once used to provide pilgrims with rock fragments. It was the time of the terrible Plague that devastated Italy, from which the diocese of Siponto was spared thanks to the distribution of those fragments. Pietra is a precious product, a limited edition of the San Michele oyster, it is almost a gift. Sweet and firm, Pietra is born in the Gargano, in category A waters and underground freshwater springs. Due to the Puglia sun's favorable conditions and the region's extremely low density, each phytoplankton molecule has space to develop.